How to live the good life 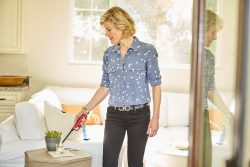 In the past few weeks a colleague and beloved team member said goodbye to her mother. A dear friend buried her father. Another long-time friend shared that she was wrestling with severe depression, and another was diagnosed with leukemia. A revered client is contemplating divorce after twenty plus years of, as he says, “an unmitigated and enduring loyalty to misery,” and one of my bestest of buddies is seeking help for her daughter’s eating disorder.

My brother and sister-in-law along with several of our closest couple friends recently did the “going-off-to college” shopping sprees. They will all be empty nesters in four weeks. One of my friend’s daughters found a job in San Francisco and is finally off the family payroll. She’s living in a closet for $1600 a month with four other young women, but hey, she’s doing it on her own. Another client and now cherished friend is getting married this December and he’s the happiest I’ve ever seen him. And despite it driving him crazy when I say he deserves this kind of giddy, I sincerely believe he does.

We read so much about others’ great accomplishments and triumphant feats, that I often see the quieter side of success being dismissed. Living a life that invites over three hundred people to attend your memorial service to celebrate your positive influence on their journeys. Beating an illness. Choosing a healthier path. Raising kids. There’s no trophy or bonus buy-out or Wall Street Journal headline touting your merger with another, getting your child settled in a first apartment or teaching yourself how to stay steady in choppy waters. But it is the very definition of living a good life. Finding joy in the tough days, making a difference in the days of others and choosing to step forward when others are standing still or your own feet feel stuck.

Quiet success. This is the ultimate life.

By amyk
Tags: mindset, self-leadership
Share This Story, Choose Your Platform! b a j c